Reblog: FALLOW by DANIEL SHAND – Reviewed by BOOKS FROM DUSK TILL DAWN

BOOKS FROM DUSK TILL DAWN

I am delighted that I have been asked to be part of this Blog Tour for Daniel Shand’s debut novel Fallow. One of my top reads for this year. It has been a pleasure doing this. 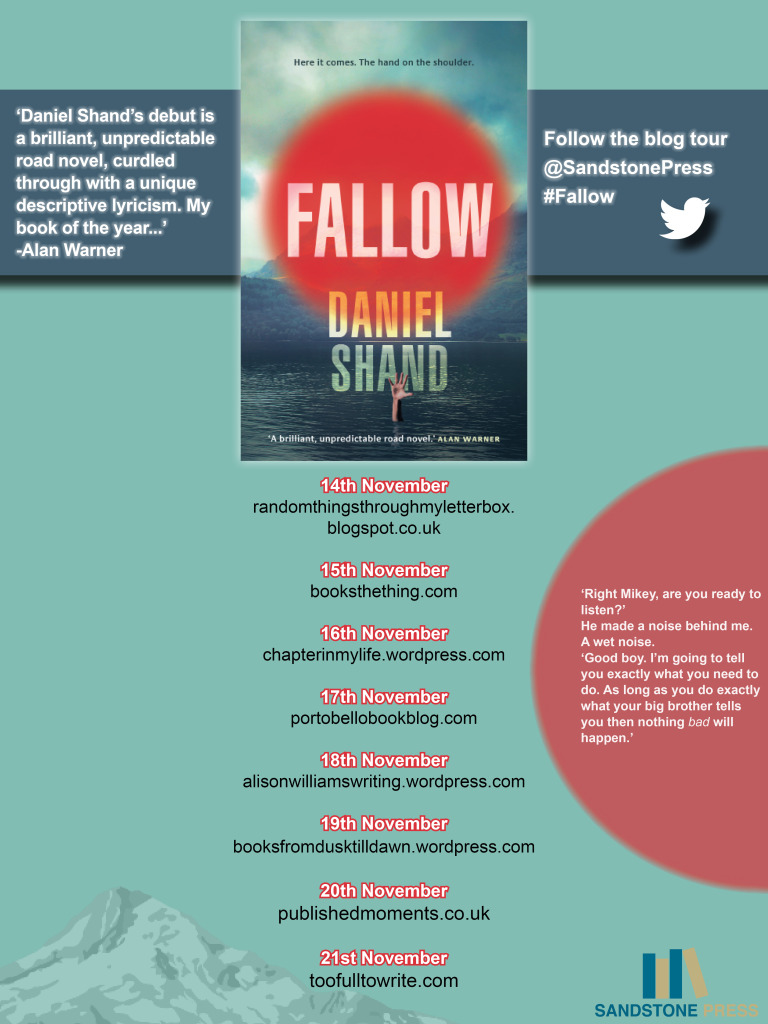 At the heart of this tense and at times darkly comic novel is the relationship between two brothers bound by a terrible crime. Paul and Mikey are on the run, apparently from the press surrounding their house after Mikey’s release from prison. His crime – child murder, committed when he was a boy. As they travel, they move from one disturbing scenario to the next, eventually involving themselves with a bizarre religious cult. The power between the brothers begins to shift, and we realise there is more to their history than Paul has allowed us to know.

HERE ARE MY THOUGHTS AND REVIEW

Well if you want something that is totally different…