Which One Was Your Favourite This Week?

So, I’m officially stuffed beyond belief and nursing a hangover from hell – it must be that time between Christmas and New Year where calories and units don’t count (or is it that I simply lose count? I can’t remember which).

But, with the final edits for my next novel, Splinter, landing on my lap two days before Christmas, I am ready to settle back into MacReady’s world and help sort out the whole heap of carnage that he has gotten himself involved in this time. But more about that next month.

So, which novels are up for *voting this week? Take a look – there are some great ones! To enter, simply select your choice and then scroll to the bottom to vote. No likes, follows or sign ups required. Thanks!

Flesh Evidence by Malcolm Hollingdrake stormed into the lead from the start and held pole position throughout, earning 45.83% of the votes.

Rattle by Fiona Cummins and Behind Her Eyes by Sarah Pinborough took a deserved joint second place, each earning 16.67% of the votes.

I’ve read a number of reviews of Flesh Evidence this week from bloggers and every one has been so positive about it that I definitely need to get to reading it soon. So, without further ado, here’s why Flesh Evidence got those votes:

In Harrogate things are about to get weird.

Jars of honey containing pieces of tattooed flesh are the first clue in the search for the whereabouts of a missing fourteen-year-old boy. Then another boy goes missing and further jars of honey are discovered.

Serial kidnappings taking place in Harrogate and the culprit is unlike any other Bennett has dealt with before.

A number of leads seem to be going nowhere and the police are running out of time.

Can Bennett and his team catch a psychopath before any more damage is done?

This will be his toughest case yet.

Read this great review of Flesh Evidence from bytheletterbookreviews 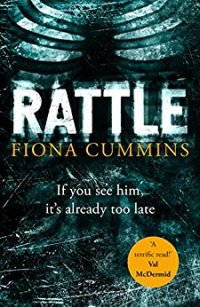 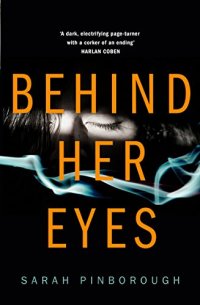 Rattle by Fiona Cummins – Reviewed by The Book Review Café

Behind Her Eyes by Sarah Pinborough – Reviewed by  Novel Gossip

*Every week I extract all the novel titles from my ‘Round Up Blog‘ and enter them into a poll. If a novel is not on the list it is because it didn’t appear in my blog during the week stated at the top of the poll. I’d love to know which novel (not review) was your favourite. If you haven’t read any of them, pick the one you would choose to read instead.