Reblog: A Man With One of Those Faces by Caimh McDonnell – Reviewed by damppebbles 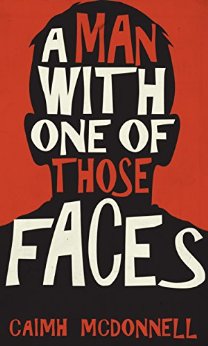 The first time somebody tried to kill him was an accident.

The second time was deliberate.

Now Paul Mulchrone finds himself on the run with nobody to turn to except a nurse who has read one-too-many crime novels and a renegade copper with a penchant for violence. Together they must solve one of the most notorious crimes in Irish history . . .

Back in September 2016 when my husband was still in his thirties, when Honey G was nobody special (?!), when Ore Oduba was just that guy from BBC Sport and The Great British Bake Off was still on the BBC, I hosted a guest post from debut crime thriller author Caimh McDonnell to celebrate the release of A Man With One of Those Faces.  If you missed that…