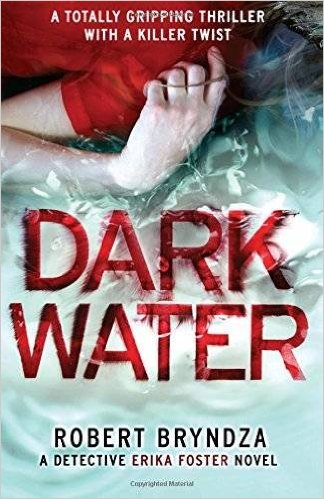 Firstly – wowza – what a fabulous cover! Love it.

Dark Water is the third novel in the Erika Foster Series. Often you find a new series starts off brilliantly, but then begins to peter out, and so it was with a little trepidation that I began Dark Water.

I shouldn’t have worried. Erika Foster gets better and better.

We join Erika after she’s been ‘encouraged’ to leave the Murder Investigation Squad after she made a bit of a fuss at the end of the previous novel ‘The Night Stalker’ for being looked over for promotion. A couple of months or so have passed, and Erika is now working with the drug squad when she receives a tip off that there is a large quantity of heroin stashed at the bottom of a quarry.

Taking a diving team out to the quarry, she finds the drugs, but also gets more…