Reblog: A Deadly Thaw by Sarah Ward – Reviewed by damppebbles 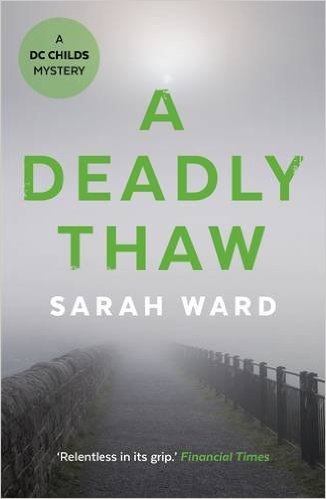 “Autumn 2004
In Bampton, Derbyshire, Lena Fisher is arrested for suffocating her husband, Andrew.

Spring 2016
A year after Lena’s release from prison, Andrew is found dead in a disused mortuary.

Who was the man Lena killed twelve years ago, and who committed the second murder? When Lena disappears, her sister, Kat, sets out to follow a trail of clues delivered by a mysterious teenage boy. Kat must uncover the truth – before there’s another death . . .

A Deadly Thaw confirms Sarah Ward’s place as one of the most exciting new crime writers.”

I’m extremelyexcited to welcome you to my stop on theA Deadly Thaw paperback blog tour. A Deadly Thaw is written by the very talented Sarah Ward and is book two in the DC Childs series. Having been released in eBook format last year it is now also available in lovely paperback as well…