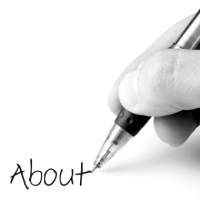 Today, acclaimed wordsmith Stav Sherez, author of the Carrigan and Miller novels – and a raft of other books, articles and thought-provoking pieces – joins us for his  5WH interview over tea and buns.

A quick check of his antecedents on the Police National Computer shows that, as well as owning the best hair in the business, Stav doesn’t half keep himself busy…

Born in 1970, Stav Sherez attended Latymer Upper School and the University of Leeds.

Stav’s first novel, The Devil’s Playground, was published in 2004 by Penguin Books and was shortlisted for the CWA John Creasey Dagger.

Stav’s second novel, The Black Monastery, was published by Faber & Faber in April 2009.

His third novel, A Dark Redemption, the first in a London-based police procedural series, was published by Faber and Faber in February 2012.
It deals with Joseph Kony and the legacy of LRA child soldiers now living in London. A Dark Redemption was shortlisted for the Theakston’s Old Peculiar Crime Novel of the Year 2013.

The second in the Carrigan and Miller series, Eleven Days, was published by Faber in May 2013.

From 1999 to 2004 Stav was a main contributor to the music magazine Comes with a Smile. He has also written for various other publications including The Daily Telegraph, The Spectator, Zembla and the Catholic Herald

His new novel, and the latest featuring the brilliant Carrigan and Miller, The Intrusions, was published in January 2017.

On this occasion we decided to dispense with our typically barbaric handcuffing-to-a-very-hot-radiator technique – this isn’t the seventies anymore, people – and went straight for the more touchy-feely ‘falling down the stairs until you tell us the truth’ method. After the fourth time Stav, understandably, became remarkably compliant and chatty so we scooped him up, hosed down the blood, and got the interview tapes running:

Who out of your characters, DI Carrigan and DS Miller, do you enjoy writing about the most?

Wow, that’s a great question! Partly because I only recently realised that each of the three books in the series is slanted towards one or other of the protagonists and it’s not something I was at all conscious of as I wrote the books. A Dark Redemption was more Carrigan while Eleven Days is more of a Geneva book. My latest, The

Intrusions, is perhaps the most evenly balanced of the series. I think I prefer writing Geneva – partly because she’s not a DI and so she can get away with much more unorthodox investigative stuff. Carrigan, as boss, has to stay within certain parameters. Geneva also feels a lot more like me but then, often Carrigan does too. I suppose we split and refract ourselves through multiple personalities as novelists. When I began the series, I purposefully wanted to have two lead characters as it’s the switching between two timelines that interests me most narratively while also, I believe, creating maximum tension for the reader.

What was the spark for the plot of A Dark Redemption, with its backstory of illegal immigrants and East African rebel groups?

Ha! That’s a funny one because A Dark Redemption

came almost by chance. I was on my way to see my agent. I had three ideas written down for my next novel. They were all very dark and I knew she would say no – so, I thought if I added another idea, even darker, it would make the previous three seem more palatable. I said to her: how about three students going to Africa, bad shit happens to them and then 20 years later one is a cop and has to deal with the decisions he made in the past? And she said: that’s the one!
Admittedly, I was quite obsessed by the civil wars and bizarre cults coming out of Africa in the mid-1990s; the Lord’s Resistance Army in particular. I’m always interested in states where law and order has broken down, where chaos and disarray reign. These are great landscapes for a crime novel. But novels also develop as they’re written – and it was the fate of the child soldiers that began to interest me the most. Is there a way back after such acts? How does one resolve one’s past? These were interesting questions to me, as was the plight of immigrants, how it feels to be torn from your homeland, the yearning and constant worry.

When writing, music? And if so what do you listen to, or is it, as per your Twitter bio, ‘silence’ all the way?

It totally depends on which part of the writing process

we’re talking about. For actual writing, silence is the only way I can work. If I have music on, even if it’s instrumental, it stops me hearing the rhythm of the sentences. But, in the evenings, when I’m plotting the next day’s chapter, I can only do it with music in the background. In silence, my brain wanders off, but the faint hum of jazz keeps me grounded and helps ideas develop.

Why do you think crime writing continues to be so popular with readers?

I think, of all the modern types of novel, crime fiction perhaps deals most with the pressing social and personal issues of our time. That’s one reason. Another is people like working out the puzzle of well-constructed murder. Crime fiction is always a dialogue between writer and reader, a game of show and hide. Also, it’s such a wide and broad genre that it can encompass nearly every other kind of book, from paranormal to romance to metafiction. And, finally, we like to be scared. Our lives revolve around personal hassles but we rarely feel that adrenaline jolt of reality (and thank god we don’t). Crime fiction (like horror movies) can provide a vicarious simulacrum of that.

Where in a work in progress do you hit what lots of authors refer to as ‘the writing wall’? 30 thousand words? 40?

Maybe 10 words in? No, I’m joking. Normally, for me, it’s about 60,000 words, though this has been different with each book. My first drafts are awful, an utter mess, with

several different plotlines crashing over each other, characters dropping in and out and no ending. These days I try to be a little less hard on myself, knowing I have ten or so drafts to correct anything that needs it. 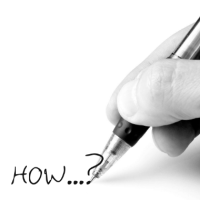 How many words a day? And the novel: plan it or blag it as you write?

I wish I could plan. It’s my biggest regret in being a writer. I’ve tried it with every book and it never works for me. I normally only know the initial situation – in The Intrusions, it revolves around backpackers going missing from a central London hostel – and then I start writing. The plot unfolds, partly as it must due to the logic of a police

investigation. There are certain steps that have to be followed and others that would totally break the suspension of disbelief. And, once the Zero draft is done, I go back to beginning and redraft, maybe ten times over the course of 18 months. So it’s hard for me to say how many words a day as maybe 85% of the time I’m not writing but re-writing. When I am writing the first draft, it tends to be 3000-4000 words a day, but, you know, they’re terrible words and normally only about 10% of this draft survives into the finished book. 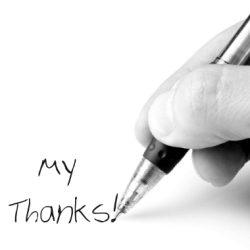 Thanks for taking part, Stav!
We’ll release you on conditional bail in the morning. Honest.

The Intrusions, Stav’s excellent return to the lives and investigations of DI Jack Carrigan and DS Geneva Miller – dubbed by Ian Rankin as ‘A Silence of the Lambs for the internet age’ – is out now in paperback and eBook. Take a look:

When a distressed young woman arrives at their station claiming her friend has been abducted, and that the man threatened to come back and ‘claim her next’, Detectives Carrigan and Miller are thrust into a terrifying new world of stalking and obsession.

Taking them from a Bayswater hostel, where backpackers and foreign students share dorms and failing dreams, to the emerging threat of online intimidation, hacking, and control, The Intrusions explores disturbing contemporary themes with all the skill and dark psychology that Stav Sherez’s work has been so acclaimed for.

Under scrutiny themselves, and with old foes and enmities re-surfacing, how long will Carrigan and Miller have to find out the truth behind what these two women have been subjected to?

Want to find out even more about Stav? He’s over here – and great fun – on Twitter. And please, please take the time to read his wonderful, moving piece titled ‘Why I Write Crime Fiction‘, just to give you a flavour of how talented the man is… 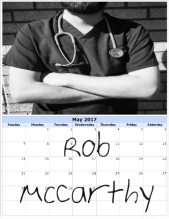 Next month it’s Rob McCarthy being hauled in for questioning about his writing, his character Dr Harry Kent, and his novels The Hollow Men and A Handful of Ashes.

If you’re an author or blogger and fancy joining me for your own 5WH, get in touch