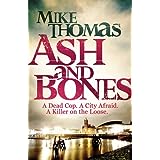 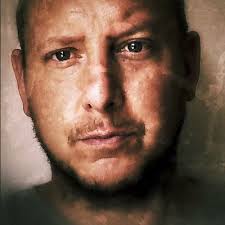 BLURB: A cop killer on the loose in Cardiff – introducing a dark and gritty new voice in crime fiction, perfect for fans of Stuart MacBride and David Mark

At a squalid flat near the Cardiff docks, an early morning police raid goes catastrophically wrong when the police aren’t the only unexpected guests. A plain clothes officer is shot dead at point blank range, the original suspect is left in a coma. The killer, identity unknown, slips away.

Young and inexperienced, Will MacReady starts his first day on the CID. With the city in shock and the entire force reeling, he is desperate to help ­- but unearths truths that lead the team down an increasingly dark path…

I really enjoyed this new (to me, at least) voice in crime fiction. As it was written by someone who was on the job for more than 20 years, you know that all the nuts and bolts of police work are in their correct places (see below for Mike’s excellent list of screw-ups he’s come across in crime fiction – I came across number 6 just last week, but I won’t name and shame anyone!) It’s more than that though – he’s got an interesting, and plausible plot, which kept me guessing til the conclusion. In Will McReady, he’s got a sympathetic lead character, who, when the book begins, is on his first day in CID. He’s got an interesting backstory, in that he could – potentially – have ended up in trouble himself. His father, a violent bully to Will and his brother when they were younger, is now “over the wall” for murder, and his brother looks like he’s got the same temper as his father. Will is often being called out by uniform to his brother Stuart’s house, as the neighbours have rang them due to Stuart and his other half screaming and fighting with each other, with their three small children in the middle of it all. This invariably means Will has to put him up until things calm down – much to Megan’s chagrin. Will also bails them out by paying half their rent each month, and that, coupled with the money he and his wife Megan have paid out for IVF, has left him skint. He and Megan are drifting apart due to his inability to father a child – the one thing Megan desperately wants.

But enough about Will himself – to the story! It opens, intriguingly, in Nigeria, with a young man delivering a boy – for payment – to an orphanage called the Baobab Tree House – a place with a reputation of having less than altruistic motives. There’s further small portions throughout the book following the boy’s story – in a clinic in Portugal; on a private plane…But it’s in Cardiff where the vast majority of the action takes place. The cop who was shot, Garratt, had a reputation for going off and doing things solo – well, almost solo, so he could lap up the accolades. For example, on that bust, which was meant to bring in one of the city’s most wanted, Leon King, there were only three of them – no back-up, and no armed response. King wasn’t thought to have access to firearms. But someone in the house did, and shot Garratt dead, as well as shooting Leon King, leaving him in a coma and unable to help the police out (although doubtless he wouldn’t have, anyway!)

One of their few leads is that the DNA of a young man called Jermaine Tate was found in the flat in question, but there’s no way of knowing how long it’s been there. Other evidence taken from the flat leads them to another young man called Dane Sillitoe, but he’s been out of trouble for 14 months and claims to have gone straight, working for his father’s limo and private ambulance firm.

Will does “go rogue” a few times, but it’s nothing too unbelievable – he just thinks outside the box a bit; uses local knowledge he gained while in uniform; and looks at conversations as possibly having another meaning than initially assumed. The team are also a likeable lot – DI Fletcher and DS Beck are interesting characters with great potential, whereas DC Harrison can’t resist any opportunity to eat. Touches of humour throughout and banter between colleagues lighten up the story.

The final, short part, appropriately titled Things Fall Apart, given that we started in Nigeria, and that things really do go to hell in a handcart in this part, had me frantically turning the pages to get to the conclusion – a definite sign of quality in crime fiction.

There’s plenty of potential here, so it’s great to see it’s the first in a series featuring Will. Also, another of Thomas’s books, Ugly Bus (no, me neither!), is in development with the BBC to become a six-part series. It looks like Mike Thomas will definitely be a name to watch, so do the sensible thing and get in there at the start! You know you want to!

Keep following the Blog Tour, which will be stopping off at the fabulous lizlovesbooks.com tomorrow!

Now, Mike has kindly contributed his (very amusing) list of:

I spent more than two decades as a cop, and read little in the way of crime – after a twelve hour shift, reading the latest grisly police procedural was about as appealing as dealing with another Sudden Death incident where the putrid corpse was a sunk-into-the-carpet three month old mess. Now I’m no longer a plod, and writing them myself, it’s been interesting to see the police patois and terminology that ends up in contemporary UK crime novels. How much of it rings true? What should you avoid for your next twisty-turny magnum opus? What words or phrases are guaranteed to jolt me out of an otherwise deftly-plotted thriller? Here’s some – hopefully – helpful pointers from a cop-turned-crime-writer.