The author is a keen reader of Monsieur Rhodes’ output and believes many more people should be too. His books are wonderfully odd, moving and often darkly humorous, and Little Hands Clapping

is the best of an extremely good bunch: sinister, funny, lovely and not a little macabre in places, it has the finest dog-regurgitating-its-meal scene ever put to paper. Rhodes is a Roald Dahl for the 21st Century, wears nice jumpers, and once bought the author a pint and chips. Go buy his books. Now. 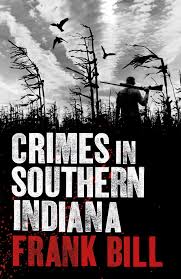 Frank Bill’s collection of loosely-interconnected shorts is like a shotgun blast spraying from the page: the pace and energy of the writing is blistering from the outset, and it’s impossible not to get sucked into the world and lives of his menagerie of dog-fighting, crystal meth-addicted, gun running backwoods characters. This is powerful, visceral stuff, and not for the faint of heart; it’s the literary equivalent of rubbernecking at a car crash. Vicious, violent, brutal – yet strangely beautiful. If you like Cormac McCarthy, you’ll love Crimes in Southern Indiana 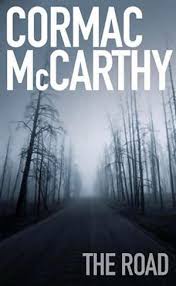 Speaking of McCarthy: The Road. Bleak, heartbreaking, elegiac, wonderful… the list could go on and on. Suffice to say, place John Hillcoat’s wan film adaptation out of your mind and read this extraordinary novel. If you aren’t moved and/or shaken by the climax then your heart is surely calcified already, and as punishment for your lack of humanity you will be made to walk the grey earth clad in rags while pushing a shopping trolley. Oh yes.

gives us the depressed, curmudgeonly and hilarious Albert Lippincott: American Everyman, stealer of neighbours’ letters and parcels, and a ‘cesspool of unfulfilled ambition’. When Albert’s carefully constructed life begins to unravel – his elderly neighbour dies, and Albert is caught trying to replace the man’s stolen letters – his real journey begins. It’s a big book, but a great one – sharp, scathing, often surreal, but with real heart. The coda will reduce grown men to tears.

is an intense, unsettling read, albeit one with an undercurrent of dark humour. Car crashes, addiction, abuse, burglary, spying on a naked neighbour – they are all present and correct, but don’t let that put you off. This is a beautiful book, with moments that will make you close your eyes and sigh as you read, no more so than at the climax when redemption is found in the unlikeliest of places.